Audun Iversen and Camilla Spidsøe Cohen were the fifth recipients of the Tom Wilhelmsen Foundation Opera and Ballet Prize.
15. Nov 2019 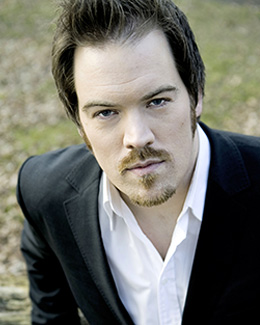 The Norwegian baritone Audun Iversen studied at the Norwegian State Academy of Music in Oslo, Hochschule für Musik und Theater Felix Mendelssohn-Bartholdy in Leipzig, and at the Royal Opera Academy in Copenhagen.

His roles include the title role in EUGENE ONEGIN (which he has also sung at the Bolshoi Theatre in Moscow), the title role in WOZZECK, Giorgio Germont in LA TRAVIATA, Silvio in I PAGLIACCI, Figaro in IL BARBIERE DI SIVIGLIA, Marcello in LA BOHÈME, Sharpless in MADAMA BUTTERFLY, Alfio in CAVALLERIA RUSTICANA, Conte di Luna in IL TROVATORE, Zurga in LES PÊCHEURS DE PERLES, Lescaut in MANON, Albert in WERTHER, Fieramosca in BENVENUTO CELLINI, Count in LE NOZZE DI FIGARO, Viscomte Cascada in DIE LUSTIGE WITWE and The Protector in George Benjamin’s WRITTEN ON SKIN.

Much in demand as a concert singer he regularly appears in concert halls and festivals throughout the world. His repertoire includes Mahler’s LIEDER EINES FAHRENDEN GESELLEN and RÜCKERT-LIEDER, Beethoven’s SYMPHONY NO. 9, Fauré’s REQUIEM, Elgar’s THE DREAM OF GERONTIUS, Britten’s WAR REQUIEM, Puccini’s MESSA DI GLORIA and most frequently; Orff’s CARMINA BURANA (which he has sung with both Zubin Mehta and Riccardo Muti).

Assignments in 2017 included Albert in Massenet’s WERTHER at Opernhaus Zürich, Marcello in LA BOHÈME at the San Francisco Opera as well as at the Royal Danish Opera, the title role in Berg’s WOZZECK at the Norwegian National Opera, Giorgio Germont in LA TRAVIATA with Opera South, Orff’s CARMINA BURANA with Bergen Philharmonic Youth Orchestra and a series of concerts with Oslo Philharmonic Orchestra.

2018 has so far included Fieramosca in Berlioz’ BENVENUTO CELLINI at Opéra National de Paris, Alfio in CAVALLERIA RUSTICANA as well as Tonio in I PAGLIACCI at Oper Graz, Enrico in LUCIA DI LAMMERMOOR with Opera Hedeland, Giorgio Germont in LA TRAVIATA in Linköping and Grieg’s OLAV TRYGVASON with the Bergen Philharmonic Orchestra. He also appeared in George Benjamin’s opera WRITTEN ON SKIN as well as in his concert piece SOMETIMES VOICES at the Holland Festival. 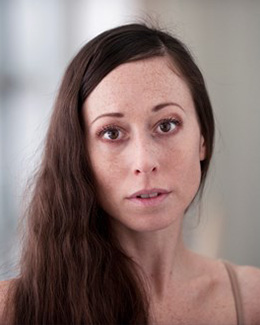 Camilla Spidsøe's return to the Norwegian National Ballet in 2013 followed ten years performing as one of Norway's foremost contemporary dancers. She went straight into supporting roles in Johannessen's Scheherazade, Proietto's Cygne and Ekman's A Swan Lake – all of which were created for her – in addition to prominent parts in ballets such as Strømgren's Suite and Kylián's Gods and Dogs and Soldiers' Mass.

In autumn 2013 she was awarded the Tom Wilhelmsen Opera and Ballet Prize, and in autumn 2014 she dances the role of Mrs Alving in Moum Aune and Espejord's Ibsen's Ghosts.

Between 2003 and 2013, Spidsøe was part of the Norwegian contemporary dance company Carte Blanche, where she took leading roles in all productions by Ina Christel Johannessen. Choreographers such as Eyal, Bjørnsgaard and Øyen have also created roles for her, and she has starred in works by Ohad Naharin – in 2006 she received the Critics' Award for her part in in the production of Carte Blanche à la Naharin.

Together with Daniel Proietto, she won first prize at the 2007 Hanover International Competition for Choreographers for his work, My mood made her betray her secret, and in 2008 she received two first prizes for Øyen's ... and Carolyn, at both the Burgos Contest of Choreography in Spain and the Kedja Dansolution Competition in Copenhagen.

Spidsøe began her studies at the Norwegian National Academy of Dance in Oslo before continuing at the Madrid International Centre of Dance. She was a trainee before joining the Norwegian National Ballet in 2000, dancing roles such as the Emerald Fairy in Ek's modern version of Sleeping Beauty, and Ida the ballerina in Die Fledermaus.