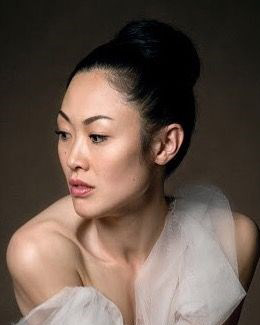 Born in Osaka, Japan, Maiko joined the Norwegian National Ballet in 1999, becoming the Principal Dancer in 2005, the same year she received the Critics’ Award for the role of Odette/Odile in Swan Lake.

In addition to the dual role in Swan Lake Nishino has danced classical lead roles such as Tatiana in Onegin, the title roles in Giselle and Cinderella, Aurora in Sleeping Beauty, the Sugar Plum Fairy in The Nutcracker and Kitri in Nureyev's Don Quixote.

She has also starred in a number of modern ballets such as Kylián's Bella Figura, Heart’s Labyrinth, Petite Mort, Sechs Tänze, Sweet Dreams, Tiger Lily and Wings of Wax, León & Lightfoot's Softly as I Leave You and Skew Whiff, and Duato's Por Vos Muero and White Darkness.

Her credits also include Tetley's Voluntaries and works by Balanchine and Forsythe, while roles have been created for her by choreographers such as Wheeldon, Elo, Dawson, Lee and Bjørnsgaard. 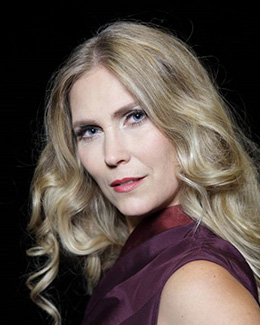 Born in Hadeland, Norway, the soprano made her with the Norwegian National Opera in 2002 and became a soloist in 2007.

Eli has starred in a number of strong female roles, such as Gilda in Rigoletto, Norina in Don Pasquale, Zerbinetta in Ariadne auf Naxos, the Queen of the Night in The Magic Flute, Violetta in La Traviata,  Margrethe in heavy metal opera Faust, Solveig in the Peer Gynt play performed at Gålå,  and Musetta in La Bohème.

She has also done several CD-recordings, including her first solo-CD of arias, released in 2013: Sempre libera, sang the part as Eurydice in Gluck's Orpheus and Eurydice and starred in Norwegian talent show Stjernekamp on national broadcaster NRK.