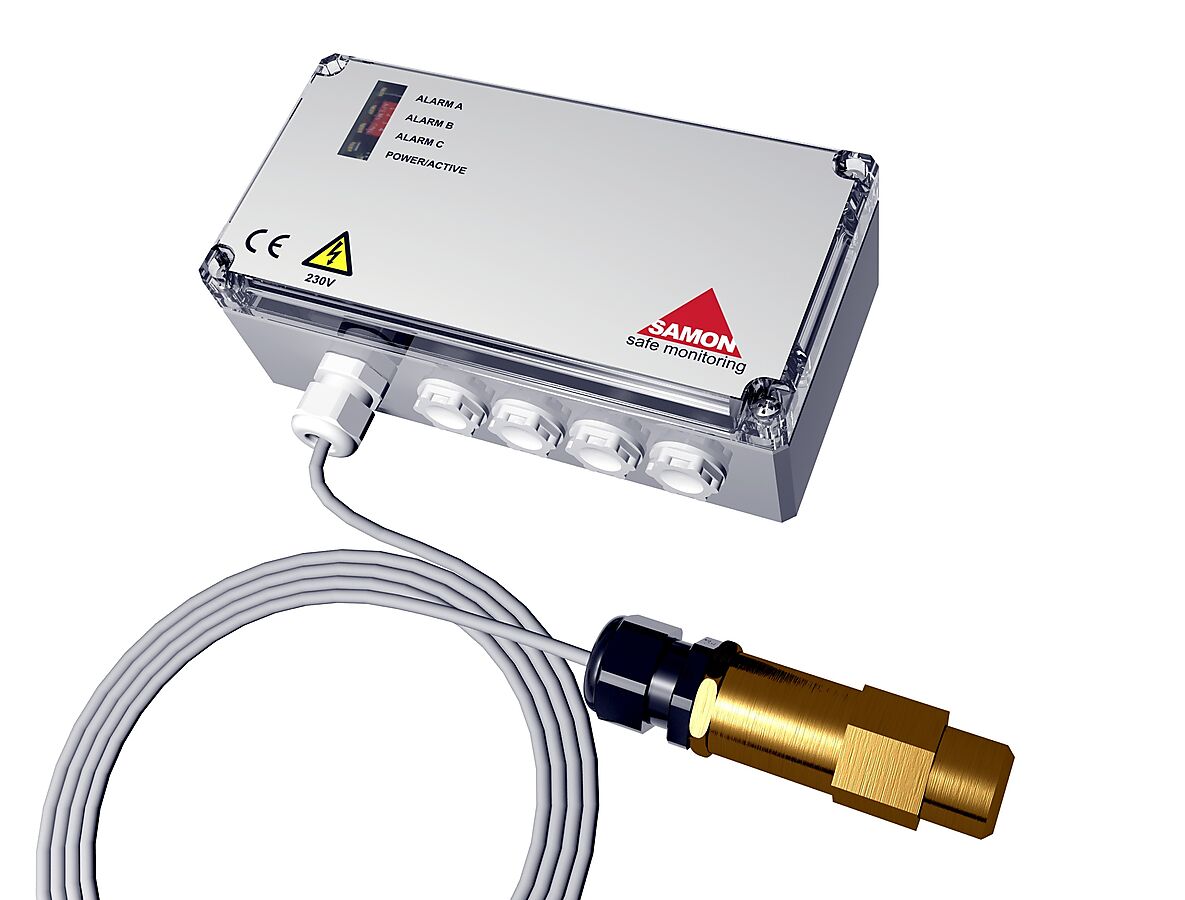 Detectors intended for installation in engine rooms, cold rooms or other spaces where gas is used, handled or stored. The detectors can be used independently, connected to a monitoring unit or to any other monitoring system that accepts potential-free contact. Complies with the following standards and regulations: - F-gas regulative 517/2014 - EN 378 - EN14624 - JRA4068

DT300 is used together with a sensor module, SM300-HFC or SM300-SELF SENSE. The sensor modules (SM300-HFC and SM300-SELF SENSE) are not included in the DT300 and shall be ordered separately. They are consumable parts and should be replaced annually. SM300-HFC is used to test old sensors like HFC SENSOR 0-4000PPM SEN004. SM300-SELF SENSE is used to test new sensors like NEW HFC SENSOR 0-4000PPM SEN027 (SELF SENSE). The reference sensor is plugged into the unit and the LCD display indicates when the sensor is heated and ready to use. The reference value for the gas appears in the LCD display. The value is then used to calibrate offset-value on the relevant detector.

This page is printed from: